Skip to content
Contact
Home  ⟩  Article  ⟩  From a General Survey to Risk Management – Acid Sulfate Soils Are Finland’s Most Persistent Environmental Problem, but Research Can Mitigate the Harms They Cause

Acid sulfate (AS) soils should be considered Finland’s most widespread environmental problem. Climate change and changes in land use are likely to further exacerbate the problems caused by AS soils. However, these problems can be predicted to some extent, which is why the Geological Survey of Finland wishes to develop the prediction methods further. 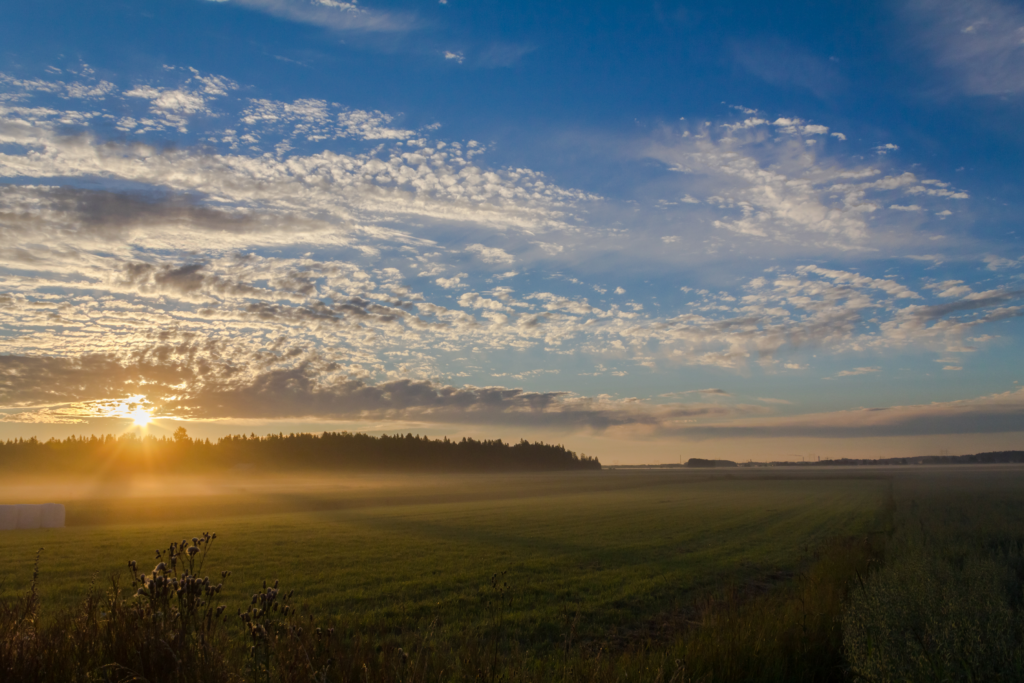 AS soils are naturally occurring sulfur-rich sediments that have accumulated at the bottom of the ancient Baltic Sea and have later risen on dry land due to the post-glacial rebound. Finland’s AS soil deposits are the largest in Europe and are estimated to cover approximately 1,000,000 hectares along the Finnish coast.

The harm caused by AS soils stems from the fact that sulfide-containing soils generate sulfuric acid when exposed to oxygen. The exposure to oxygen is practically always the result of human activity, for example soil drying by draining or soil masses are excavated and dumped on the soil surface. The generated acid lowers the pH of the soil considerably (to less than 4), causing harmful quantities of metals to dissolve from the soil to the environment.

The acidic and metal-containing seepage has a particularly high negative impact on surface waters, degrading their chemical and ecological status. Acidic seepage harms the soil, structures, bodies of water and living organisms alike.

Surveying the location of AS soils has been a pressing need for a long time. The land use sector, municipalities and regional planners, developers and farmers all need information on soil types and their characteristics. The corrosive effect of AS soils on structures and the infrastructure is an increasingly serious problem also in cities and densely populated areas.

The corrosive effect of AS soils on structures and the infrastructure is an increasingly serious problem also in cities and densely populated areas.

In 2009, the Geological Survey of Finland (GTK) started a nationwide general survey of AS soils based on the detected environmental harm in coastal waters and the targets of the EU water framework directive. The Finnish authorities came to the conclusion that the directive’s targets on the good condition of surface waters cannot be met due to the negative impact of AS soils. The impacts have also become a matter of public debate due to the occasional mass fish deaths where acidic seepage was the suspected culprit. As a result, the government launched water management plans as a means of monitoring the condition of bodies of water.

The general survey was completed in 2021. “The survey took a long time, but we concurrently developed the necessary methodology and linked our results to the latest research results. We drilled approximately 24,000 boreholes throughout Finland’s coastal zone, mostly on fields, forest soils and marshes, but also in constructed areas whenever possible,” describes Jaakko Auri, a geologist at GTK.

Preventing the problems caused by AS soils requires knowledge of their location. As a result, Finland saw a need to produce a comprehensive and uniform map of the AS soils. In the past, AS soils were surveyed with a range of different methods, and the surveyed areas did not cover the entire coastal area.

The impact of AS soils in Finland is the highest in bodies of water, from Virolahti on the eastern border of Oulu and Kemi in the north, from lakes to rivers and river deltas. While AS soils can be found throughout the country, the largest problems occur in Ostrobothnia due to the geological past of the region. Ostrobothnia has both large river valleys and large AS soil deposits.

Risk Areas Can Be Viewed Online

The results of the general survey have been published as an online map titled ‘Happamat sulfaattimaat’ (Acid sulfate soils), which is well-suited for viewing the location of the soils at a catchment area level. Except for raw data, the online map displays all data collected in the basic survey in an easy-to-read format. The data is freely available and the site contains a download service and interfaces that enable the data to be viewed also in other systems.

The observation grid spacing is approximately 1 observation for each 2 km². As a result, the service cannot indicate the soil types on a specific plot, but it does provide a general regional picture. Upon request, GTK can also perform customer-specific detailed searches that can serve as the basis for assessing the needs for a further study.

The maps indicate the presence of AS soils in four probability classes. This level of precision is sufficient as the basis for water management and a master plan, but the need for further studies has to be assessed separately for each site.

The maps in the service will be made more specific as new data becomes available. In addition to AS soil deposits, the general survey collected a comprehensive dataset of soil types and soil properties that can be used in other studies as well.

What Is the Next Step in Acid Sulfate Soil Research?

Now that the deposit locations have been determined, the next step is risk management. The deposit map does not tell us anything about the properties of the AS soil or risk of acidic burden. The risk level is affected by the acid generation potential of the soil, the structure of the soil, land use type and sensitivity of the environment, and other factors. The risks might vary considerably depending on the type of AS soil. At some sites, the acidic burden might be ten-fold compared to another site, or a site might be located in the vicinity of a sensitive body of water, which will affect the magnitude of the problem significantly.

“The next data product will provide more detailed information on site-specific risks in the AS soil areas. It is important that the size of the most problematic sites be determined and measures targeted at high-risk areas. In the future, the map service could also indicate the risk level and the maps could be created using modelling methods,” describes Auri.

In the future, GTK wishes to fill in the gaps in research data and develop methods for site-specific surveys and risk assessments. How do AS soils affect construction? Sulphate soils can be a harshly corrosive environment for various structures, steel and concrete. Southern Finland in particular is starting to experience a shortage of good construction soil, which makes AS soil areas a potential option for construction. The current methods for risk assessment and mitigation are incomplete in many ways. The aim of GTK’s research is to produce research data that helps decision-making in the future.