Fossil fuels are to be phased out as they are widely recognized to be the origin of the industrial pollution that causes global warming. The largest driver of warming is the emission of greenhouse gases, of which more than 90% are carbon dioxide (CO2) and methane. Burning fossil fuels – coal, oil, and gas – for energy consumption is the main source of these emissions, with additional contributions from agriculture, deforestation and industrial processes. 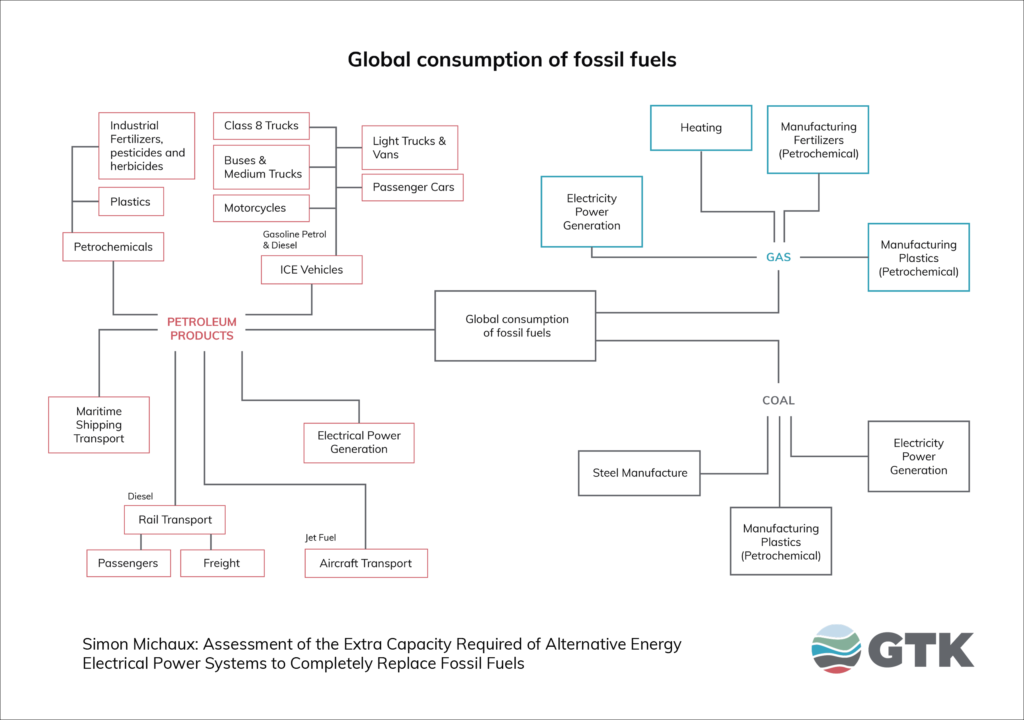 Strategic planners have developed a general plan to phase out fossil fuels. It focuses on replacing all fossil fuel-based Internal Combustion Engine (ICE) vehicles with Electric Vehicle Technology (EVT) and phasing out coal- and gas fired electrical power generation. While this is technologically viable, the GTK research shows that the current global reserves of raw materials needed to manufacture the renewable energy technologies are not sufficient in quantity to meet the needed supply requirements.

Some of the challenges in the current plan:

There is not enough time, nor the resources to phase out fossil fuels by the current target dates set by the World’s most influential nations. The current plan is not large enough in scope, is missing vital elements and it does not consider how the different non-fossil fuel transport systems might interrelate. 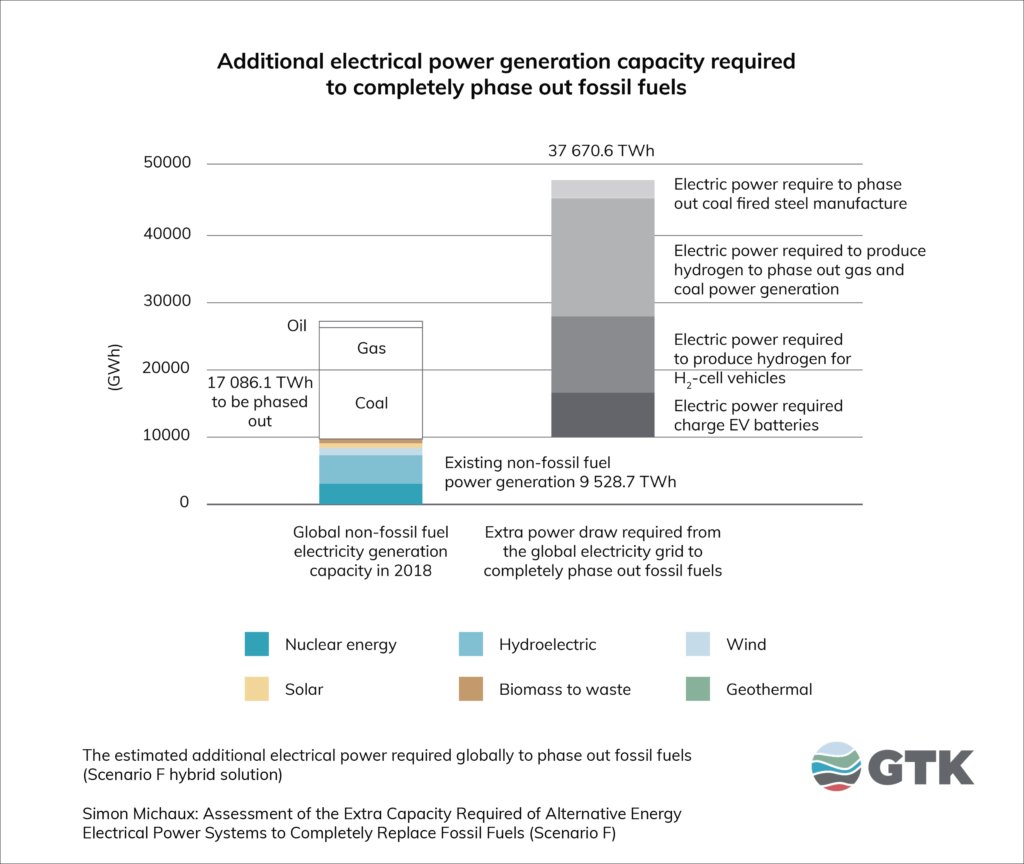 By examining the number of battery units needed, the quantities of metals required for their manufacture was estimated. There is not enough lithium, cobalt or nickel in our currently reported global mineral reserves to produce just one generation of batteries, to phase out and replace the current existing ICE transport fleet and fossil fuel power generation systems. Those batteries have an estimated life cycle of approximately 10 years. This means even if technology improves by doubling efficiency, then the same quantity of metal has to be sourced from somewhere only 10 to 20 years later. 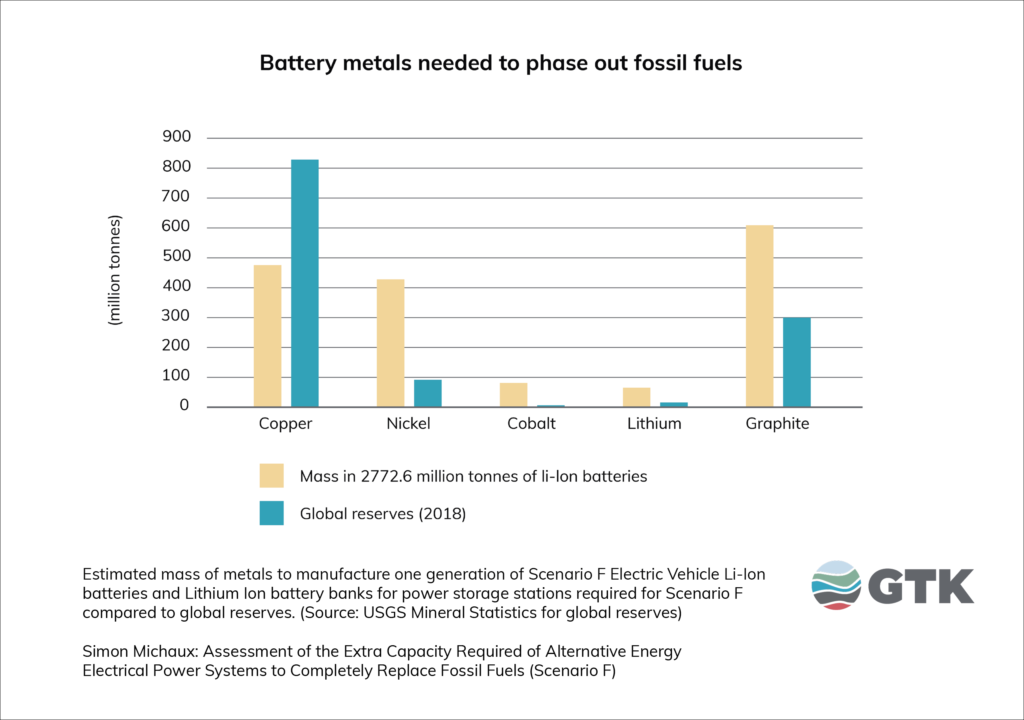 Biofuel and Biomass are needed but they cannot be scaled-up. Biofuels form a technology perspective are quite viable and useful. The difficulty is in the sustainably sourcing of biomass at the required scale. If all petroleum products were replaced with biofuels (bio-gasoline produced from corn sourced ethanol and biodiesel produced from soybeans), then the area of arable land required to annually harvest the biomass from would be equivalent to the remaining forests across the planet. Clearly this is not practical. Biofuels may be the best way to keep the aviation industry operational.

To find out more about the challenges, go to section Time to discuss >