The Exploration Information System (EIS) project will produce new geological models as well as new, fast and cost-effective spatial analysis tools for mineral exploration. The project also aims to increase public awareness of the importance of raw materials to society and build confidence in the exploration and production of these geological raw materials. 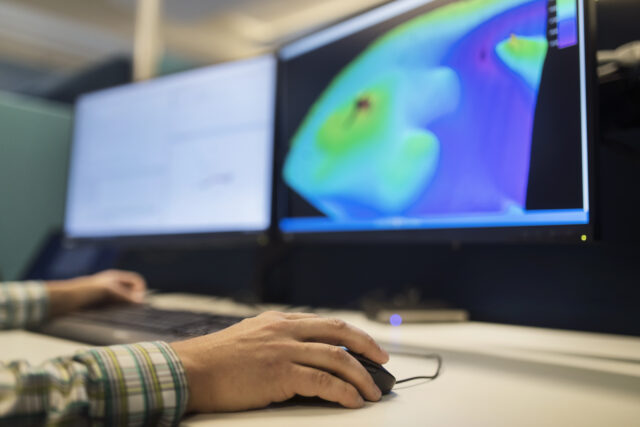 The main goal of the EIS project is to produce innovative mineral exploration concepts and spatial data analysis tools. The project produces these tools from idea into practice as an open source package, that includes tools for all stages of mineral prospectivity analysis. The package is published in the form of an EIS QGIS Wizard, which is made on an open source geographic information system (GIS) platform called QGIS.

“We chose an open source GIS platform instead of a commercial one. We believe this will open new possibilities for application development, for example in the form of crowdsourcing. This does not exclude the use of other platforms for applications made in this project. The expected userbase is also wide. However, the use of an open spatial data platform poses its own challenges, as we use QGIS, which is less familiar to researchers at GTK, and we do not have much time in this project to learn something new. Fortunately, we have partners who know QGIS very well”, explains the project`s scientific coordinator, Research Professor Vesa Nykänen from the Geological Survey of Finland (GTK).

“We use selected ore deposits as research and test sites for specific mineral systems and metals. These include cobalt minerals in volcanic massive sulphide ore deposits (VMS), lithium-tin-tantalum and tungsten minerals in granite-pegmatite systems, and REE and cobalt minerals in iron-oxide-copper-gold (IOCG) systems”, Nykänen explains. The research and test sites of the project are located in the Czech Republic, Germany, Spain, Finland, Sweden, France, Brazil and South Africa.

The Three-year Project Starts in June

The EIS is a project coordinated by GTK and funded by the European Union’s Horizon Europe programme. Horizon Europe projects contribute to a green transition and digitalisation, to achieve the agreed goal of making Europe a climate-neutral continent by 2050. The EIS consortium includes 17 partners from six EU countries, South Africa and one associate partner from Brazil. The budget for the three-year project is 7.5 M €.

The kick-off meeting of the EIS project will be in Rovaniemi on June 7th to June 9th, when a large number of project researchers will gather together to plan future work. The experts of mineral exploration around the world have also been invited to attend the general meeting on June 8th.